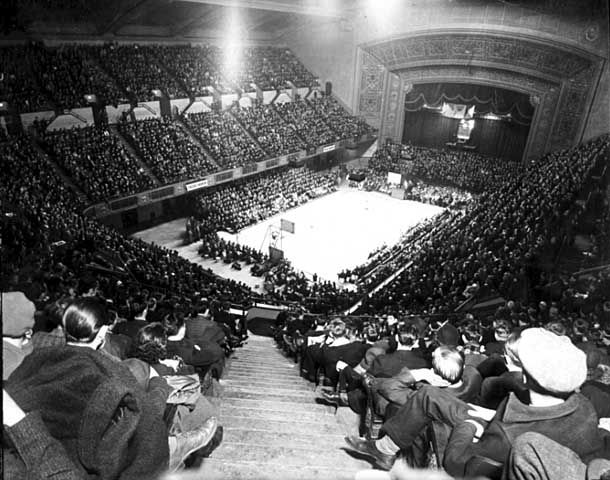 I  want to be able to uncover the phenomenon that occurs when people watch a sports game. Watching sports always tends to bring people together and join them to be a part of the same cause while ignoring all other differences they might have. I feel basketball has this effect on people in a large way. Being extremely uninvolved in the sports world, I was glad that this class forced be to interact with the culture. I might not be playing a game, but researching about it and actually taking part as a spectator during the basketball season taught me a lot about not only the game but the culture that is built outside of the arena. Going to friends houses and sports bars where they basically force you to interact with the television because you either watch the game or have to talk to people. Today, in this generation, more and more people are only interacting with their technology, so instead of starting a conversation with people you watch a game and talk about it.

Basketball has a strong following; noticing all the people at the bars yelling and screaming on the top of their lungs was new to me. The passion that builds in some people about the game is almost unreal. It’s shocking yet normal. When a team losses not only are the actual NBA players disappointed, but the amount of despair that is radiating throughout the room is ridiculous. Everyones heads are down, everyones quiet, and no one changes the channel, they keep watching as if they are waiting for something else to happen. I knew before that basketball was all these things, and that the fans are dedicated, but what was surprising was the physical and mental interaction people express towards the game. I saw basketball, and other sports, just as a source of entertainment for society. But to some individuals it’s not entertainment but a part of their lifestyle, it’s what makes them who they are.

Experiencing both sides of the court, the winning side and the losing side, and seeing the reactions of fans made me more curious about how actual players would feel when missing that winning shot as well, or getting the shot. This spectatorship gaze I had taken allowed me to realize the amount of pressure NBA players, and other sports players take on. Sports players aren’t only trying to regain a winning shot, but they have an obligation to their fans as well. They need to keep everyone satisfied.

Going on the internet after a game has happened, and reading what articles came out is also a lot of fun to interact with. Seeing how journalists review games, and the diction they use to basically bash on the teams is incredible and extremely harsh. Not only that, but seeing what fans ‘tweet’ about and post on facebook is hilarious and sometimes very cruel. I thought, if I can easily access all this information, then the NBA players could as well. The next thing I thought about was a long jump, but all this pressure and publicity would give players their motives to take drugs, as we talked about in class. Some players might even do other drastic things because of the pressure society places on them. Comparing the fan culture and the culture inside the game, and how both effect the players of the game gave me so many perspectives to take on the final assignment, but at the end of the day all the different lines match up. I didn’t have to play the game to realize how strong and effective fan culture could be, because by watching any sports game people feel a sense of community and belonging.

1 Response to Emotional Escapades With B-Ball